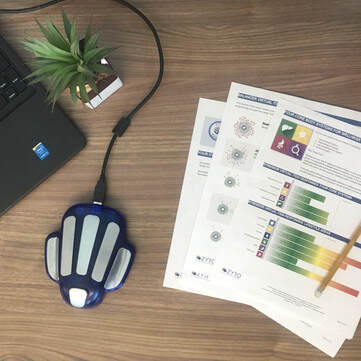 WHAT IS A ZYTO SCAN?
ZYTO Testing features a hand cradle (with contacts for the fingers and palm) that sends and receives the biofeedback signals.  While the client simply rests their hand on the hand cradle, a generally unfelt electrical pulse is emitted from the palm contact point with electrical resistance being measured through the five finger and thumb contacts.  The scanning is automatic as each particular list or item is selected.  The ZYTO Test measures shifts in the skin resistance and uses proprietary algorithms to convert those reactions into useful data to predict responses to the thousands of stressors and balancing agents encoded in the software.

The ZYTO computer program contains over 20,000 virtual stressors (depending on which software you are running) essentially “digital imprints” or “computer signatures” of given items (rather than the actual item), including chemicals, bacteria, viruses, acupuncture points and meridians, as well as virtual balancers like vitamins, minerals, herbs, glandulars, homeopathic remedies and more.

ZYTO Testing is based on principles of quantum physics, recognizing that everything has an energetic resonance or signature.  Rather than dealing with the actual substances, we’re instead measuring reactions to an energetic imprint recorded in the computer.

ZYTO Testing is capable of running two kinds of biofeedback scans—stress scans and balance scans.  A stress scan measures the biofeedback response to a virtual stressor, such as a virtual toxin, allergen, etc.  A balance scan measures biofeedback response to a virtual remedy to restore energetic balance, such as a homeopathic remedy, herb, vitamin, glandular, etc.  Ultimately we only want to know two things — what stresses the body and what balances the body.  Think of it this way — we’re simply throwing the electromagnetic signatures of a bunch of potential stressors and balancing agents at the body and seeing how it reacts and responds.
Fees: $35 for 30 min consult, which includes the Balance Scan
​Food scan only: $25
COMBO: Balance and Foods Scan for $50
​
* You will need to be a member of the "Live to Shine Association" before we meet. To read about this, go HERE 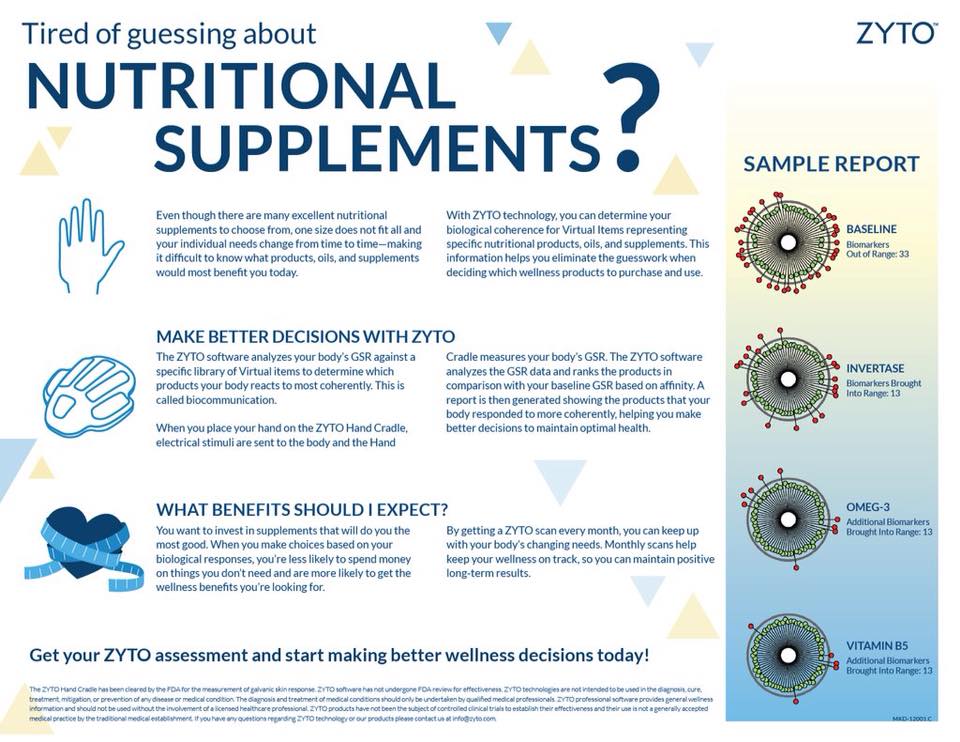